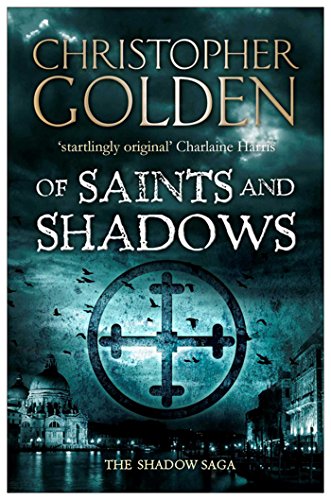 We brought in polish expert Angie and nail wrap aficionado Renata of Worst Bestsellers fame to help Anna make sense of it all. Plus: Nail Polish Advisory! Seche Restore. Worst Bestsellers Angie on Tumblr and Instagram. We made it to fifty episodes! Best in Show Charade D.

Coloring Candletime Warm Beverages Crafting. We talked with our friend Paula aka Nerdista to talk about a variety of hot topics and burning questions related to audiobooks. Anna had some trouble managing with twice the normal number of Alenes. Beaton read by Penelope Keith. The jury is still out as to which of us is butcher.

Shayera Tangri joined us from the other coast to discuss funny books, movies, television, and other humorous pop culture. Much pun was had by all. Toughest audience ever.

Star Trek Official 50th Anniversary Convention. Kincaid coming November For this episode, we talked with Cory Eckert aka helenstwin aka Joint Chief of Storytime Underground for a discussion on historical romance tropes, types, and favorites. We apologize in advance for sound quality issues that we had during recording. Impossible [and Lord of Scoundrels! A Lady Awakened by Cecilia Grant. The Countess Conspiracy by Courtney Milan. For this episode, we watched the classics Arsenic and Old Lace and Gaslight.

After a brief digression into the mysterious ways of straight people, we introduced a new segment: The TBR Challenge! The discussion includes some diving into the gay subtext, some trips down memory lane, and some heated pros and cons of different movie adaptations.

Plus: readalikes and watchalikes! In this episode, we wax nostalgic about fantasy series of yore with Robin Bradford aka Tuphlos. Then we talk about what makes a good book cover and what makes a bad one, with a few examples. Penelope Sorcerer to the Crown by Zen Cho. Musical Obsessions Robin: Prince!


Obsessions Robin: Baseball! Which is a great book! Download the episode here. Dear Listeners,. It is a truth universally acknowledged that a librarian in want of a new book will pounce upon any that promise to be epistolary in nature. We promise a very charming discussion! Amy, the other half of jointhegirlgang, was on Episode 22! Show notes are here. Download the podcast here. Please send us your favorites as well!

He had pale red skin, dark red eyes, eight arms, no legs, and a hole where his heart should be. The hole was filled with dozens of tiny, writhing, hissing snakes. Lord Loss frowned. That was you. I always wondered. They were only very clever toys. You should be thankful I gave you anything at all. Most demons get nothing -- which is what they deserve. The demon known as Artery ripped the parcel open. Inside was a nappy. Artery gurgled happily and quickly put it on, then let rip with a shockingly loud fart. Fire burst from his bottom and burnt through the nappy, but it quickly reformed around his fiery cheeks.

She was called Vein.

She tore the gift open with her fangs to reveal a heavy-duty brush for her fur, some waxy gel to keep her snout gleaming, and fingernail polish. Vein barked happily, then sat on her haunches and stared at the presents, trying to decide which she should test first. They depressed me. Even a sentinel of sorrow has his limits. There are only so many dark, brooding stares that a demon master can take. The demon master caught the gift and studied it dubiously. It will distract you for many hours. You might even find it more fun than a game of chess. I love disappointment.

The thought of millions of wailing children appeals to me immensely. Shanta was going to say Mrs Claus, but he realised how stupid that would sound. Instead he decided to try another approach. I've been keeping them back for a special occasion But only Lord Loss thought about it for a minute, then pulled a face. You may leave. But if the chess sets are not as awe-inspiring as you claim, you will be doing lots of shouting and crying this time next year!

There was nothing like a threat from demon master to add a little speed to your sleigh! The Um Aineh were a powerful, cruel people. They had conquered most of the bordering countries and mastered the seas, allowing them to wage war in far-away lands too. They kept slaves and punished any criminal act by cutting off the offender's head.


If you spat at the feet of the wrong person in Abu Aineh, you would swiftly find yourself on the executioner's block. Shanta had no wish to spend much time in such a harsh, unforgiving place, but the window would remain open for a few more minutes, so he figured he might as well drop off some presents while he was here. Swooping down upon the city, he first visited the palace of the High Lord and left a lovely necklace for Wadi Alg's recently born daughter, Debbat Alg.

Shanta could tell, just by looking at her, that she was going to be a great beauty when she grew up. Boys would swoon when they saw her, and go to great lengths to try and win her hand. He hoped that wouldn't go to her head and turn her into a spoilt, selfish brat. Next he slipped into the house of a family of servants. They also had a newborn girl, Bastina -- though almost all of them referred to her as Bas.

She was a snivelling, weepy baby, so Shanta left her a packet of tissues -- he figured she would get good use out of them when she was older! Finally Shanta let himself into the house of the city's famous executioner, Rashed Rum. Executioners were like pop stars in this world, and Rashed Rum was the Elvis Presley or Michael Jackson of Makhras, the best and most popular at what he did. Rashed's wife had recently given birth to a boy called Jebel.

She had died during childbirth, which was a shame, but in this city that was seen as a sign that the infant would become a fierce warrior, so Rashed had accepted his loss with good grace. In truth, the baby boy didn't look as if he would grow up to be a powerful fighter. He was small, thin and scrawny. Shanta felt that the boy might struggle to live up to the high expectations for him. To try and help out Jebel, Shanta decided to break with habit and give the boy a toy which would encourage him to explore his darker, more vicious side.

So, with a sigh, he felt around inside his bag and pressed a tiny axe into the baby's hands. As the youthful Jebel stared at the blade and the way light glinted off of it, Shanta bid him luck and returned to his sleigh. Perhaps he can be Wadi's first ever Thin Executioner The planet had been over-run by zombies. Shanta found himself in an underground complex, where the living dead were running wild. They had already killed many soldiers and scientists, and when they spotted Shanta and his reindeer, they thought dessert had been served up, and they surged forward in a terrifying undead wave.

As the first of the zombies reached out to rip into Rudolph's brain, Shanta fired an arrow through the centre of the undead beast's head, and it collapsed in a heap. I'll take on the lot of you!